FRANCISCAN SHRINES IN THE SACRED VALLEY 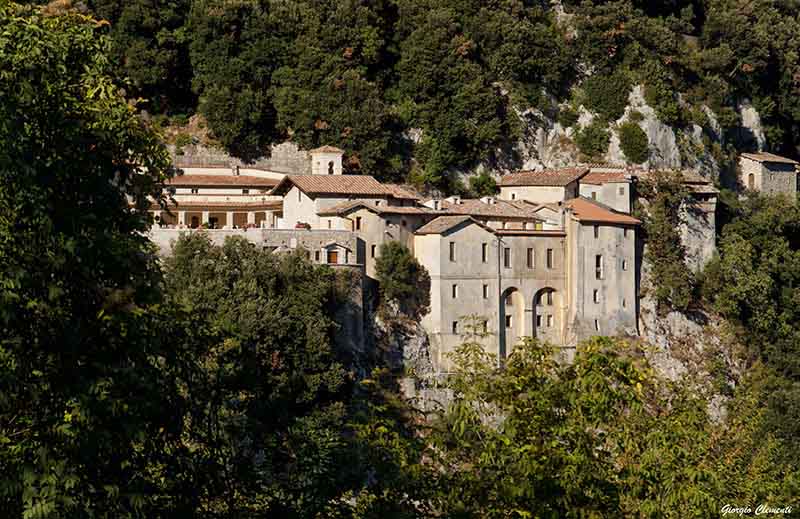 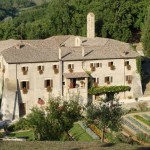 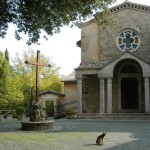 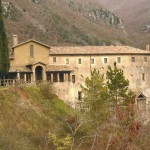 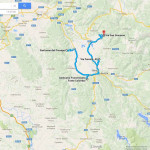 For this trip around the four Franciscan shrines you must program one day. They are fairly close to each other, and you can organize two visits in the morning and two in the afternoon, with a stop for lunch in one of the many taverns in the place. The landscape is varied, full of water, rocks and woods, and the atmospheres are still steeped in spirituality and Franciscan simplicity.

San Francesco (St. Francis) loved deeply the Rieti valley. There he found refuge from the vanities of the world, he found simple people and a sweet and lush nature.
The saint made of the Rieti valley, together with Assisi and La Verna, one of his three homelands. So this beautiful valley, surrounded by hills and mountains, is known as the “Valle Santa” (Sacred Valley).
San Francesco chose this place to accomplish three fundamental gestures of his life and spirituality: in 1223 he realized the first representation of the Nativity of Christianity, the same year he wrote the definitive Rule (the Regola) of the Order, and probably his most tender hymn, the Canticle of creatures.
The convents and hermitages, which were once small and simple rustic buildings in stone and wood, are arranged like a crown on the hills above the Valle Santa.

It is one of the four shrines that surround the so-called Cammino di San Francesco (the Way of St. Francis) along with the Convento di Greccio, the Santuario della Foresta, and the convent of San Giacomo in Poggio Bustone.
This shrine lies in the most hidden part of a forest of oak trees, about 550 meters above sea level on the coast of the verdant Raniero mount. An anonymous writer from Rieti said that this mountain is the “Franciscan Sinai”: in fact, it is the mountain Francesco chose to compile the definitive Rule of his order (the Regola Francescana). Here everything is sacred, the buildings and the forest itself, as it contains the Sacro Speco, the natural cave where Francesco wrote the Rule.
Initially it was a point of oversight of the Benedictine abbey of Farfa, but it seems that the actual site was chosen by Francesco himself, who climbed the mountain through the forest, saw a source of clear water (still existing: you should stock up that delicious water!) where some white doves were watering (from this the name, Fons colombarum).
There are two important moments in the life of San Francesco which are tied to this place. The first, between late 1222 and early 1223, was the preparation of the Final Rule of the order, that was finally approved by Pope Honorius III in November 1223. After stopping in prayer and fasting for fourty days, San Francesco dictated to Fratello Leo, at the presence of Fratello Bonizo from Bologna, an expert in canon law, the rule of the order. The drafting of the Rule occurred in a cave at the foot of the mountain. On the cave, called Sacro Speco, the oratory of San Michele was then built, enclosing the cave and including a small chapel.
The second moment of the life of the Saint evidenced by this site is dated at the end of 1225, a year before his death, and is linked to an attempt to heal from the serious eye disease that San Francesco had most likely contracted in Egypt during the fifth crusade, and that made him almost blind. Franciscan sources tell that, faced with the emotion and the flight of his companions at the beginning of the terrible medical intervention (actually a real torture), San Francesco, while the doctor warmed the iron, called out “Fratello Foco” begging him to mitigate his strength, invoking his favour and kindness; and the holy fire spared the pain, to the amazement and wonder of the doctor.
The monastery complex consists of a square into which stands the church consecrated in 1450 by Cardinal Nicola of Cusa, bishop of Terni, and dedicated to San Francesco and San Bernardino da Siena. Further down you find San Francesco’s hermitage, where the Saint underwent the operation in the eyes, the chapel of the church of the Blessed Virgin, also known as the Maddalena, whose origins date back to the 13th century and the Sacro Speco, where the Saint drew the rule and had a vision of Christ that confirmed it.

The Franciscan Sanctuary of Greccio is on the Sabine mountains, 17 km. from Rieti. The original building dates back to 1228, and was built in celebration of the first nativity scene ever made by San Francesco of Assisi. There are plenty of rumours about how San Francesco chose this narrow place, but the most striking is certainly that of the child to whom the Poverello of Assisi (the little poor man of Assisi) asked to throw a firebrand, which, flying like an arrow, ended its race on the rocky wall of a mound, which was owned by a feudal lord of Greccio, Velita. There the present hermitage was built.
The same Lord Velita in 1223 pushed San Francesco to give birth to a beautiful re-enactment with living characters, the birth of Christ on Christmas Eve. A legend tells that the little boy, the only non-living character of the re-enactment, came to life, before returning inanimate. Greccio’s was the first nativity scene in the world. It was later twinned with Bethlehem.
Special features of the sanctuary are the chapel of the crib and the exhibition of Nativity scenes sent by Franciscan communities in the world.
The building is enclosed in the rocks of the mountains, at an altitude of 665 meters above sea level, near the medieval village of Greccio, with stunning views of the wide valley of Rieti.

Here is where San Francesco began his Community (he arrived in 1208), the sharing and harmonization of relations between the Brothers (Fratelli) and the creation of the first Franciscan fraternity.
The monastery consists of a fifteenth-century church with a single nave, a cloister, in part dating back to the 13th century, and a dining hall, all decorated with frescoes of the 15th and 17th centuries.
In the Church, whose original appearance was restored in the last century, on the right wall , there is a tablet, dating from the 14th or 15th century, describing the Madonna delle Grazie and Bambino with San Giuseppe. During the restoration work in 1948 they found an interesting 17th century fresco depicting the landscape of Poggio Bustone flanked by San Francesco and San Antonio of Padua, and a pope between the two.
The convent, which stands to the right of the church, is set around a cloister incorporating the thirteenth-columned portico and octagonal pillars of the original building. In the refectory of the Pilgrims two 17th century frescoes depicting the Last Supper and the Immaculate Virgin with San Francesco and Santa Chiara. From here a staircase leads to the hermitage carved into the rock.
The shrine today is inhabited by three religious and is open from April to October. It has seven en-suite bedrooms and a large room with ten beds for guests and pilgrims.

THE SHRINE OF THE FOREST (Santuario della Foresta)

In pre-Franciscan age the complex consisted in a small country church, dedicated to San Fabiano and was occupied by a friar who lived thanks to a small vineyard, a vegetable garden, the rectory and a small house.
In the summer 1225, San Francesco decided to come to Rieti to heal his eyes, as in this city a greatly appreciated physician lived. On arriving at the gates of Rieti, he was worried for the enthusiastic welcome of the people waiting for “the holy saint”, and he preferred to retire to a secluded place. He stayed for more than 50 days at S. Fabiano, as a host of the friar, waiting for the operation to the eyes. In fact San Francesco remained at the forest for about 4 months devoting himself to prayer.
The place is remembered for the “miracle of wine”. At that time there were no existing structures of the monastery, but a simple building next to a small vineyard: during his stay Franciscan pilgrims ate the grapes that were on the spot with the result that one year the fruits were so few that the friar was not able to do the wine. The Saint ordered anyway to collect the few grapes, which he pressed in a hot (still visible in the structure), miraculously getting more than double the wine made in the previous year with a full crop.