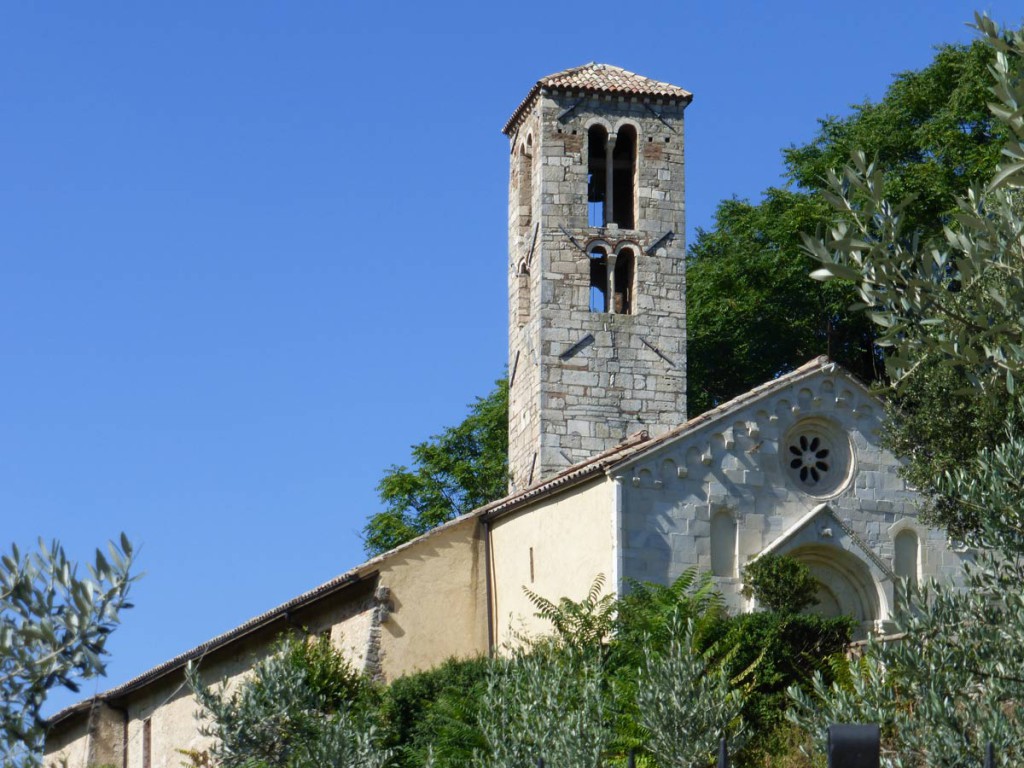 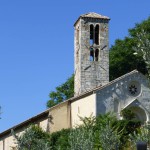 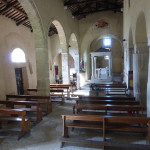 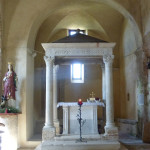 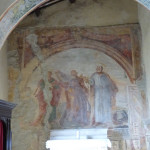 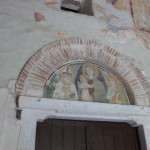 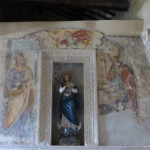 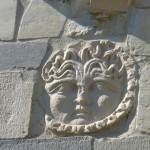 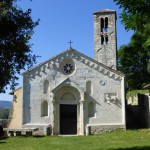 In the third century A.D. a young roman girl, Victoria, was martyred in the city of Trebula. She was then buried in the site where a cult originated around her tomb and later a church was built on the ancient catacombs.

Santa Vittoria romanesque church is full of suggestions and details to discover.

At the entrance you find a nice grassy yard, bordered and decorated with pieces of stone found in the surrounding area, including column drums, decorated lintels, three funerary lions, inscriptions, etc..

The façade is  covered in stone and marble, has a triangular pediment with hanging arches and large central rose window, decorated with the remains of ancient bas-reliefs, including one depicting a lion, and a stylized face (maybe a helios – sun) identical to the one which is standing on a column in the viewpoint of Monteleone Sabino. The portal, typically Romanesque, is flanked by four small elongated windows, with pointed arch, decorated frame with ornamental pattern. The beautiful bell tower, probably restored several times, rests on a sturdy construction , which is thought to belong to an ancient Roman temple.

The interior of the church has three naves decorated with precious frescoes  dating from the 12th or 13th century. In the middle of the nave a rectangular pit opens, the Well of Santa Vittoria, whose water was drunk in the past as a sign of devotion. At the central bottom, a scenographic marble column ciborium and a particular lectern obtained from a column and a tile with Roman stamp.

On the right, a door leads to the Christian catacombs, with the “Shrine of Santa Vittoria” housing a white marble sarcophagus in which tradition wants to be the body of the Saint. Above it, a fresco representing the martyrdom.

Leaving the church, you can turn left for a closer look at the Romanesque tall and massive bell tower, lightened by two orders of mullioned windows. In the body of the bell tower some Roman inscriptions are bricked, so as on the other walls of the church, rich of fragments of decorations, metopes, triglyphs and other inscriptions.