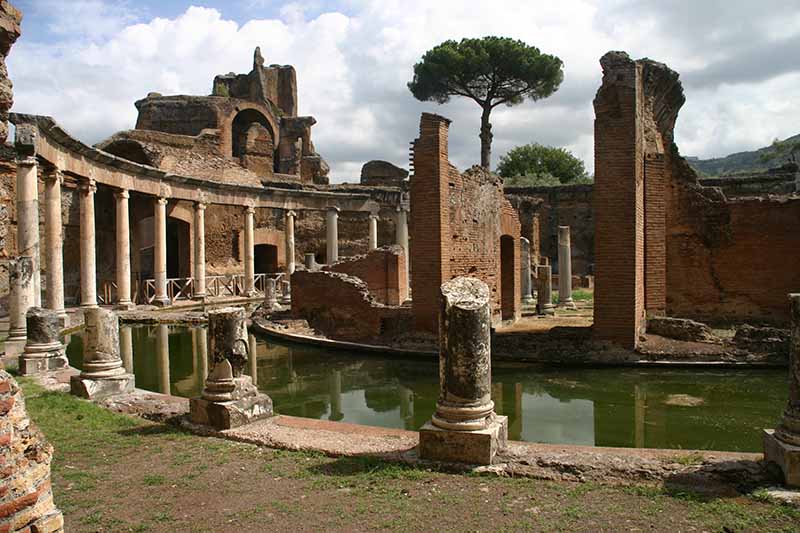 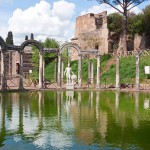 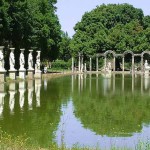 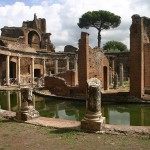 55km, 1 hour 15 minutes
This place is worth a visit, because it represents the greatest masterpiece of ancient Roman architecture. You should program one fresh day, bring a picnic or take a break in a restaurant for lunch, and visit also the Villa d’Este in the afternoon. Villa Adriana was a royal residence outside the City, commissioned by the Emperor Hadrian (76-138), and located at Tivoli (the ancient Tibur), now in the province of Rome. The structure appears to be a rich complex of buildings extended over a large area, which covered about 120 acres, in a particularly rich in water sources territory. In 1999, Villa Adriana was declared a World Heritage Site by UNESCO. Hadrian was a lover of travels and of Greek culture and an enthusiast of architecture, so he personally participated in the design of the complex. Many groups of buildings were built here, arranged in an apparently random way and separated by large and lush gardens. The wealth of architectural and sculptural decoration of the villa was outstanding, and still perceptible (despite the numerous depredations, carried out on several occasions since the most ancient times). The complexity of the residence, rather than to the many facets of Hadrian’s personality, was due to his research of satisfying many needs and functions (residential, representatives, service), as well as the performance of the rugged terrain; the magnificence and the articulation of the buildings reflect the emperor’s innovative ideas in the architectural field. It is commonly said that Hadrian wanted to reproduce in his villa the many sites and monuments which had impressed him during his travels in the provinces of the empire. In fact, the buildings have all the characters of the most innovative Roman architecture of the time.