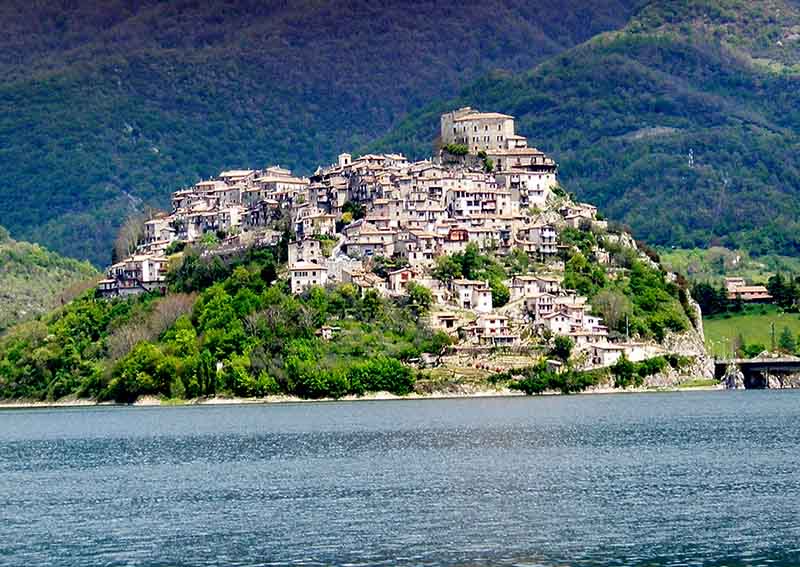 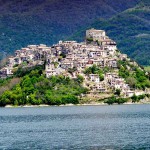 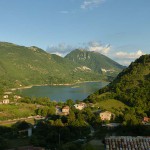 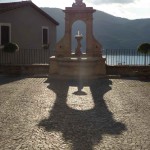 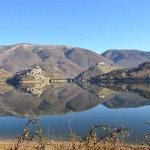 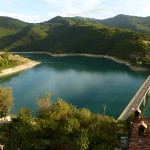 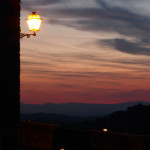 20 km, 35 minutes
Arriving to Castel di Tora you discover one of the most beautiful views of the Lazio, in the scent of the gorse and the thymus. T
he village lies along the shores of Turano lake, surrounded by a crown of thick forests, dominated by Navegna mountain (1506 m.).
From the top, in a clear day of north wind, they say you can see the dome of St. Peter’s Basilica in Rome.
In the village the buildings in local stone with roofs and wooden mantle in clay tiles are typical of rural architecture across centuries.

The fortress dates back to the 11th century, being built on a overhanging rock, while the towers in via Turano and in via Cenci, which are the remains of the ancient city walls, date to a later period (XVth century).
The palace Del Drago and the entire village of Antuni – on top of a small peninsula, connected by an isthmus stretched into the lake – are, respectively, from the 15th and 16th centuries.
Going back to the “mainland”, you must visit the Baroque church of San Giovanni Evangelista (with frescoes of the 16th century and a bell tower where wallflower and mint grow – fully restored in the years 2004-2005), and the 18th-century building next to a polygonal tower.
The nice Triton Fountain in the main square dates 1898.
In via Umberto sections of the Roman columns and friezes and Latin inscriptions are still visible on the walls of the church.

Only here they grow the “pea beans”, wild legumes with special flavour and texture.
This is also a land of great cheeses (pecorino cheese and cow’s and sheep’s milk ricotta, great for ravioli), but also of cereals (corn, spelled, barley), truffles, porcini mushrooms and fish from the lake.
The typical dishes of the local festivals are two: the “polenta” (traditionally prepared on the first Sunday of Lent), cooked in a cauldron with fire and seasoned with salted codfish lean sauce, herring, tuna and anchovies; and “strigliozzi” (the first Sunday in October), a kind of handmade macaroni.